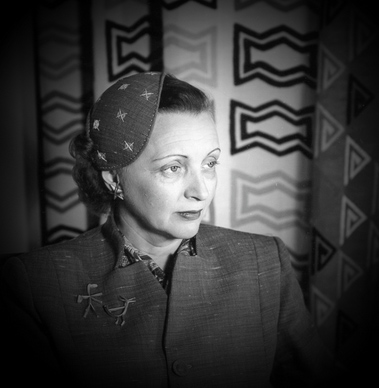 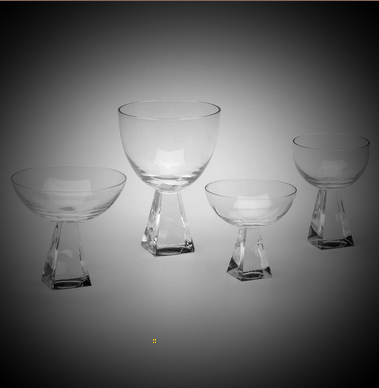 Eva Lisa, known as Pipsan, was born in Kirkkonummi, Finland, and was the first child of Loja and Eliel Saarinen. Pipsan grew up visiting and conversing with sculptors, painters, designers, composers and writers who rounded out the arts and architecture environment her parents created. Her design interests and abilities revealed themselves early, and after high school, she studied weaving, fabric design, ceramics, and metalwork at the Atheneum Art School and the University of Helsinki. At home, she learned interior design and fashion from her mother. She also honed her domestic skills, thanks to her mother, as Hvitträsk was host to many visitors over the years, and Loja was a superb hostess.
When the family moved to Michigan, a young architecture student of Eliel’s named Bob Swanson served as interpreter. He and his friend, Henry Scripps Booth, introduced Eliel to George Gough Booth, who soon after hired Eliel as the resident architect for Cranbrook Academy of Art. Pipsan and Bob fell in love and married in 1926.
While Pipsan worked with her family on many projects, including the design of decorative motifs for Cranbrook School for Boys, Saarinen House and Kingswood School, she began teaching costume and interior design at Cranbrook early in the 1930s. By 1947, she and her husband set up the Saarinen Swanson Group to create contemporary design and versatility through fully coordinated sets of furniture, textiles, glassware and lighting. In 1947, Pipsan won a gold medal from the American Institute of Decorators for her lighting designs. Her textile designs of the ’50s and ’60s included screen-printed fabrics for the Edwin Raphael Co. and rug designs for E.T. Barwick Mills.