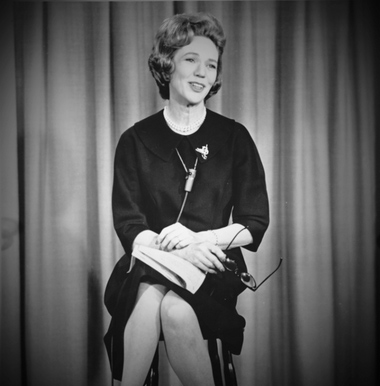 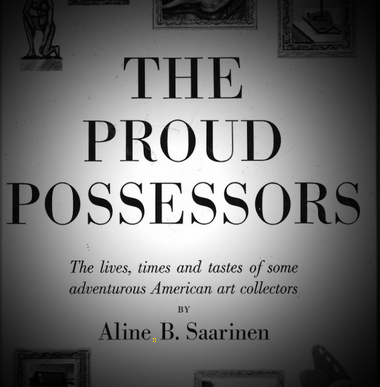 Aline was of German Jewish descent, the daughter of Irma Lewyn and Allen Milton Bernstein, who was head of an investment firm. Both of Aline’s parents were painters, and she was encouraged to develop an interest in the arts. Aline attended Vassar College and studied art and journalism. From 1935 to 1951, she was married to Joseph H. Louchheim, and they had two sons, Donald and Harry.Aline worked for ART NEWS from 1944 to 1948, and The New York Times from 1948 to 1953. She met Eero Saarinen early in 1953 while working on her article “Now Saarinen the Son” for the New York Times Magazine, published that April.
After Eero’s divorce from Lily, he and Aline married, and she wrote as an art critic for the New York Times while also publicizing Eero’s work. In 1957, she won a Guggenheim Fellowship and wrote “The Proud Possessors,” a collection of biographies on American art collectors.
Following Eero’s sudden death, Aline remained with her husband’s architectural firm while unfinished projects were completed, and she edited a book titled “Eero Saarinen on his Work.” Then, in 1962, she started her new career speaking about art and architecture on various television programs. Two years later, she became the third female reporter to work for NBC covering a wide range of subjects.
Always interested in furthering the arts, Aline served on design and fine arts commissions and councils, preparing a one-hour NBC program for the Metropolitan Museum of Art centennial. In the 1960s, she was invited by then-President Lyndon Johnson to become the U.S. ambassador to Finland, won two prestigious awards for best criticism and two honorary degrees. In 1971, she became the head of the NBC Paris News Bureau.