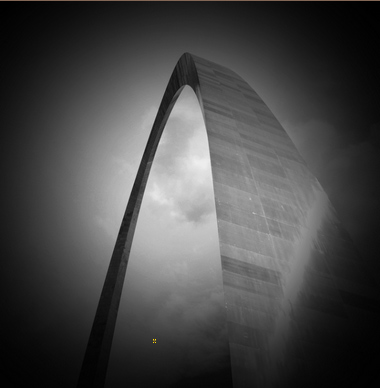 Eero Saarinen was born on his father’s 37th birthday in Kirkkonummi, Finland. He was the second child of Eliel and Loja Saarinen. As with his sister, Pipsan, Eero found himself working in his father’s studio early on. He had a fascination for geometry and peppered the adults with questions as he made models and drawings.
The family moved to the United States in 1923. Eero grew up while Eliel was teaching at Cranbrook Academy of Art and creating most of the buildings in the complex. During high school, he worked on designs for his father and studied sculpture and furniture design. In 1929, he studied sculpture for a year in Paris and then architecture at Yale, finishing in 1934. After that, Eero toured Europe for a year, worked in Finland and then returned to Cranbrook to work for his father and teach there. At Cranbrook, he met Charles and Ray Eames, Harry Bertoia, Harry Weese, Lily Swann and reconnected with his old friend Florence Schust (later Knoll).
In 1940, he won two first prizes in the Organic Design in Home Furnishing Competition with Charles Eames. Charles and Eero also worked on the furniture designs for several of Eliel’s buildings during this time, until Eero went to Washington, D.C., to work for the Office of Strategic Services.In 1939, Eero married Lily Swann. The couple had a son named Eric in 1942, followed by a daughter, Susan, in 1945. The marriage ended in divorce in 1953 and Eero married Aline Bernstein Louchheim the same year. Their son, Eames, was born in 1954.