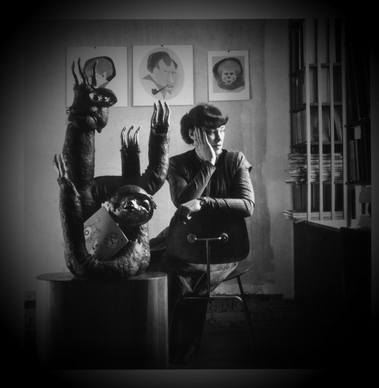 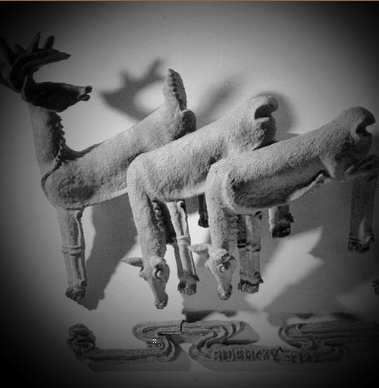 Lilian Louisa Swan Saarinen, daughter of Dr. Arthur Warton Swann and Susan Ridley Sedgwick, was born in New York City. Lily demonstrated an early love of animals, going with a caretaker after school each day to the Bronx Zoo to draw. As a student at Hamilton College in New York, studying with Louise Saunders, Lily studied a variety of subjects.
Finished with her two years of study with Louise, Lily approached Alexander Archipenko at the Art Students League of New York and asked to join his class. After demonstrating her ability to draw, he let her into his top class saying that she demonstrated a sculptor’s drawing that showed form inherent in line. Following her studies with Archipenko, she became a student of Albert Stewart, met sculptor Henry Kries and soon became a student of sculptor Heinz Warneke during her summers. She took a trip to Munich, and received an invitation from Alice Damrosch to visit St. Anton Amalberg. There, she fell in love with skiing and studied with Swiss ski champion Otto Furrer before joining the first women’s U.S. Olympic ski team in 1936.
In 1937, Lily began her sculpture studies at Cranbrook Academy of Art in Bloomfield Hills, Michigan, with Swedish sculptor Carl Milles. There she met Eliel and Eero Saarinen, Charles Eames, Ray Kaiser (Eames), Harry Bertoia, Harry Weese and Benjamin Baldwin and ceramist Maija Grotel among many other incredibly talented artists and designers. In 1939, Lily worked with Eero on Crow Island School, and in June of that year, she and Eero married. Over the next few years, Lily had a number of independent commissions but came together with Eero’s competition team again in 1947 to work on the submission for the Jefferson Westward Expansion Memorial Competition (St. Louis Arch).
Their son, Eric, was born in 1942, followed by daughter Susan in 1945. The marriage ended in divorce, and Lily and the children moved to Massachusetts in 1954, where she continued to work on commissions for KLM, Harbor National Bank and a series of portraits as well as serving on art juries in Massachusetts and New Hampshire and as an active member of the Cambridge Art Association.