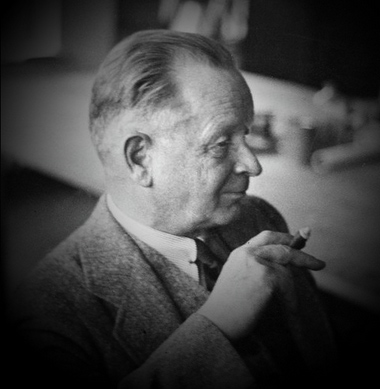 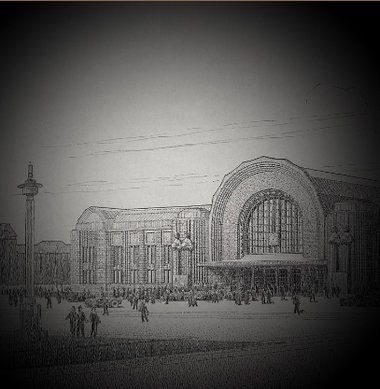 Gottlieb Eliel Saarinen, the second eldest of seven children born to Juho Saarinen, who was a Lutheran clergyman, and Selma Maria Broms, was born in Rantasalmi, Finland. He demonstrated an early love and talent for painting and drawing and could wander for hours in the Hermitage Museum in St. Petersburg, Russia. In 1893, with the heart of an artist but the mind of a planner, young Eliel entered the University of Helsinki to study drawing, and the Helsinki University of Technology to study architecture. He met his future partners in architecture school, and on December 10, 1896, when Eliel was just 23, he, Herman Gesellius and Armas Lindgren set up an architecture practice (Gesellius, Lindgren & Saarinen, hereafter GLS) that was to influence Finnish architecture well into the 20th century, consolidate the national consciousness and put Finland on the cultural map over the firm’s 10-year lifespan.

After a brief marriage to Matilde Gylden, Eliel married his partner Gesellius’ sister, Loja. With Loja, a dedicated artist, helpmate and collaborator, he could live, work, create and teach his life’s work, first within the family and later within the educational community at Cranbrook Academy of Art in Michigan.

A family member and colleague said: “Eliel was a happy mixture of artistic ability, intelligence, energy, ambition seriousness and wit. This made him an ideal person for even the most demanding of competitions,” and competitions were the way to new commissions, fame and fortune. The competition for the Finnish Pavilion at the Paris World’s Fair was GLS’ first big breakthrough, announced in August 1898. The next five years kept Eliel busy drawing for commissions, competitions and the partners’ home and shared studio, “Hvitträsk,” in Kirkkonummi, Finland. Eliel believed that bringing together creative, intelligent, provocative, original thinkers in their own fields of endeavor was essential to the life blood of an artist. Visitors were always welcome at Hvitträsk, among them painter Akseli Gallen-Kallela, composers Jean Sibelius and Gustav Mahler and Russian writer Maxim Gorky. Surrounding himself with freshthinking, changing attitudes and new materials, as well as traveling throughout Europe, kept Eliel on the leading edge of his profession.